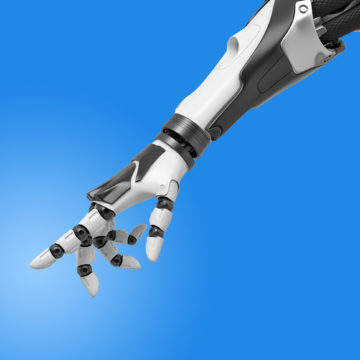 It’s not science fiction anymore as what JD.com (link to video) and Amazon (view their automated warehouse at work) show in their warehouses. There’s no stopping this because using robots and automation is efficient, fast and cost-effective. In addition, there are fewer or no workers at risk even if the warehouse is handling thousands of transactions and orders each day.

But the problem with automation is that it can displace workers from their jobs. The warehouse can achieve a high level of efficiency and productivity but the costs are also high (replacing humans). The adoption of automation might be gradual or delayed because of that, but expect competitive pressures (competitors start to use robots) to change it all.

The transport and logistics industry employs nearly half a million people here in Australia (source: Australian Industry Standards). These people are employed in various subsectors such as road transport and warehousing.

Right now there’s actually a skills shortage in the transport and logistics industry particularly the need for more forklift drivers. This is natural because of the growing population who also require more goods that drive more warehouse capacity and activity. In other words, more goods being transported is always good for the logistics industry.

That skills shortage might be because of the poor image of the industry itself. The work can be thought of as repetitive and boring (but in fact essential for customers to receive their orders and make the economy going). It could also be because of the ageing workforce where there are not enough new people getting qualified to replace those who are retiring.

Automation could get rid of that problem because there’s no need to find qualified people to do the job. However, this same automation can also instantly replace those who are currently holding on to their jobs. This will have a huge effect not just on the current workers but on the local economy as well (each employee is a customer of several other businesses).

Aside from solving the skills shortage problem, automation can also lead to lower costs and higher revenues in the long run. Although there’s a potential huge upfront investment in purchasing robots (and possibly overhauling the entire warehouse operation), the return on investment could be worth it and the company gains a strong competitive advantage. The lower costs can come from labour savings and the higher revenues can come from higher productivity levels (more orders processed and scalability).

It’s what the e-commerce giant Amazon has been doing recently. Aside from being a serious threat (or is it an amazing opportunity?) because of its entry into the Australian market, Amazon is a big player of automation and driving down costs. This then puts pressures to our local companies to adopt automation as well.

But warehouse operations are complex

If it’s possible to automate warehouses, why shouldn’t it be done earlier? After all, warehouse operations are complex and operating the vehicles to transfer packages from one place to another requires human skill.

As mentioned earlier, there’s often a huge upfront investment in implementing partial or full automation whether it’s at the warehouse or manufacturing facility. You have to purchase robots, hire or train people so that they know how to monitor or operate them and possibly transform the way you do business.

What about the human skill requirement? Loading and unloading the cargo plus manoeuvring through the different aisles and other warehouse areas require dexterity and real-time responsiveness to current conditions. Robots are still known for being clumsy and only excel at performing repetitive tasks. These robots may not be able to appropriately respond when sudden changes are introduced (or conditions and environments rapidly change around them).

We mentioned that robots excel at performing repetitive tasks. What if we could make the entire warehouse operation more repetitive, predictable and standardised? We can then make robotic adoption much easier because they’re now in the best setup to excel. Manoeuvring won’t be a problem anymore because robots can be programmed to take certain routes (and at certain speeds) to load or unload packages.

We don’t have to directly replace humans with robots (and still follow an old process). We can first change the process and then use robots. This way the new tools will be better suited for the work requirement.

Some people might say that robots are still subpar. But as you can see with how the warehouses of JD.com and Amazon work, the future can be both exciting and frightening. And we also have to take note that automation can be applied both on small and huge workloads (even in the mining industry). For example, the Mine of the Future™ programme launched by Rio Tinto in 2008 includes the use of Autonomous Haulage Systems (AHS). Aside from allowing better efficiency, safety and productivity, the AHS trucks are operated through a central controller instead of individual drivers. These trucks use pre-defined GPS courses so that they can automatically navigate the haul roads and intersections. And because of the central controller, this also allows real-time monitoring of the trucks’ actual locations, speeds and directions.

The system is similar to what we have here at ShockWatch. The EquipManager is a wireless fleet management system that allows monitoring of forklift operation. Aside from its equipment location services, the EquipManager also has the following functionalities:

It’s not automation per se. But with a good monitoring system in place (i.e. automated monitoring), you can better take care of your fleet (maximise the forklifts’ lifetime, better prevent accidents and costly downtimes).

In automation, mistakes are more expensive

But is automation perfect? What if the robots make a mistake, who will take charge and what will be the impact of that mistake?

That gives a clue on the imperfections and limitations of automation. Actually there’s a paradox to it. We’re more familiar with how automation removes the need for humans. But the truth is the opposite can also be true. Although humans become less involved in automated systems, the humans’ contribution or involvement actually becomes more critical.

The reason for that is mistakes become more expensive as we implement automated systems. Let’s take a look at two factories:

In Factory A, whenever there’s a mistake the staff or supervisors can easily detect and correct it. In contrast, a single mistake in Factory B might be harder to detect and correct (and the mistake might be due to an extreme circumstance). In addition, automated systems are often a lot faster when churning out products or processing orders. Any mistake will be magnified and become a lot more expensive.

Is it good to automate your warehouse?

Well, we’ve discussed the potential pros and cons of automating warehouse operations. In terms of efficiency and productivity, automation always has its place. But when it comes to job creation and sustainability, huge upfront investment (plus transforming your business processes) and the potentially costly and catastrophic mistakes, the adoption of robots and automated systems makes us think twice.

Should you take the leap? You can start with a partial implementation of automation or you can first sit back and watch things unfold. You can learn from the mistakes of early adopters and perhaps wait for automated systems to be more cost-effective or easier to implement. You don’t have to take the full leap but it’s also good to keep exploring how to make your warehouse operations more efficient (including monitoring your forklift and preventing accidents in the warehouse).

Here at ShockWatch, we can provide you with the appropriate technological solutions for that. You can contact us today and ask us about our fleet management and accident prevention solutions.